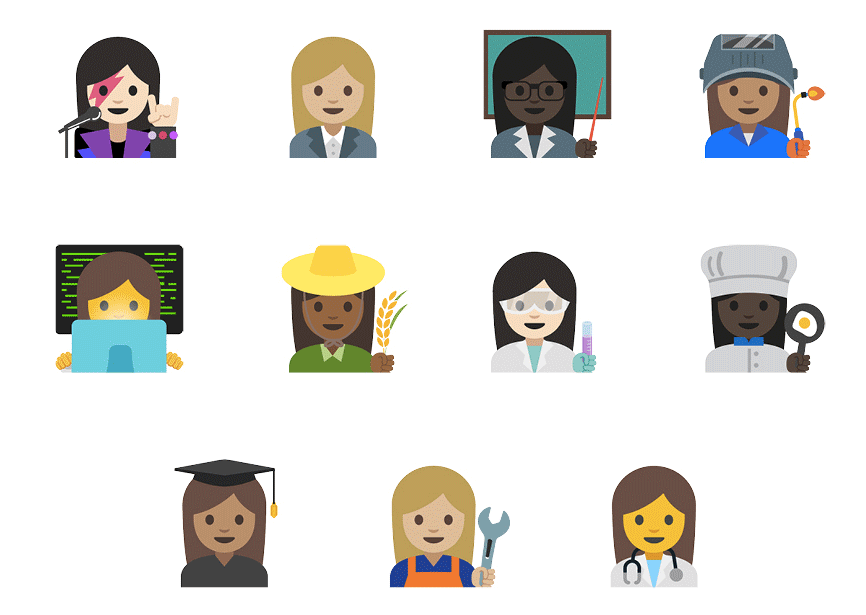 What is an emoji? Well, according to Google, it states that an emoji is, “a small digital image or icon used to express an idea, emotion, etc., in electronic communication”. So, why is it that some people can’t express their emotions or ideas through an emoji because they are a girl or they are of a different ethnicity? Well, sooner or later the barrier will be broken because of Google’s recent efforts to prevent such discrimination.

Lately, Google’s focus on their emoji project has been targeted to benefit people, especially girls, of all genders and colors by customizing emojis to provide an alternate option for them. “While there’s a huge range of emoji, there aren’t a lot that highlight the diversity of women’s careers or empower young girls,” stated by Google.

Since emojis were first created, girls have only been classified as a certain range of emojis which restricted many options for them. But recently, ever since Google’s latest works, girls are finally able to express themselves as more general roles such as being a doctor or an athlete. Google has also helped broaden the skin tone selection for people who are of different ethnicities. With the wide range of tones available for everyone, now people can feel more welcomed into the land of emojis without sensing as much discrimination as felt before.

Although the characters have been created with great results, we have to keep in mind that there is no guarantee that all programs will be supporting them. Hopefully, Apple will take the emojis into consideration, because I love them! Girl Power!

I think that the new set of emojis that Google has released is a great message to everyone. It lets us remind our selves that we can make changes in our world step by step through working together and fighting for diversity and change.