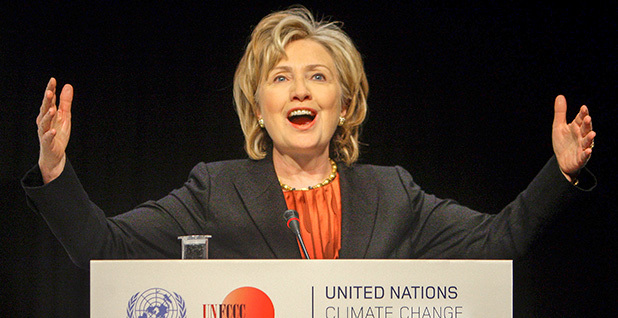 Apparently, the Democratic party leaders have determined that they would like to decrease the usage of oils and gas as the main source of energy in the US. It seems that they are looking towards cleaner resources as the appropriate candidate, instead of fossil fuels for their climate change plan. The Republican Party leader, Donald Trump, has stated that they plan to use coal as their main resource for their climate change plan, different from Hillary and Obama’s ideas, but still maintain similar thoughts on keeping the environment and atmosphere cleaner.

The one problem with Hillary and Obama’s plans for their climate change plan is a carbon tax. Carbon Tax is paid by Americans when they use or purchase a product containing carbon because it might harm the atmosphere. However, if Hillary and Obama want to initiate this climate change plan, that would mean that they would have to avoid any energy sources that have carbon, which doesn’t seem very easy.

The article states that “Using market forces to reduce pollution from the energy industry works”. So in the end, to achieve even a small portion of Clinton and Obama’s goal, market forces would have to be in action which doesn’t seem like such a good outcome.