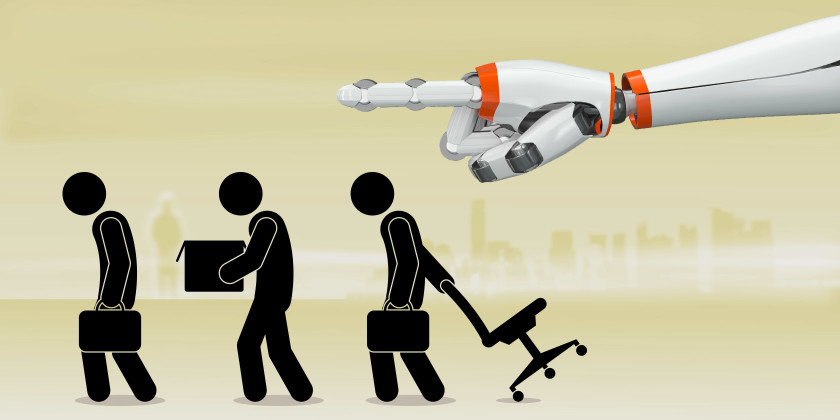 The exact terminology describing the crisis of jobs right now and in the late future is a “robot apocalypse”. Literally, all the jobs are being taken over by automated machinery leaving no room for us to attain a job. It’s hard to understand that in a few years many of the common jobs we see today like cashiers and taxi drivers are going to be swept out.

It seems like the technological revolution is going at such a fast pace that none of us can keep up to it. The struggles of higher unemployment rates is like a smack in the face. It’s already hard enough to become employed, but now with an added weight on our backs, it’s going to be a pain in the butt to drive ourselves forward to get a job.

I was struck when I read the article stating “47% of US jobs would disappear” because of automation. There are countless amounts of occupations that will be replaced with robots, and to my surprise, even professions under the law are going to be inflicted with the issue as well within the next 20 years.

When I was reading the article, I caught a few things. To be successful, we need to look for jobs that involve creativity, building relationships, or can be called out in emergencies. The common idea between all three of these characteristics is that robots cannot imitate these qualities yet. YET… So in a way jobs like doctors, psychologists, and engineers are pretty safe in the long run.

I’m pretty sure that low-income jobs have the biggest workforce compared to other higher-end occupations. I’m not trying to say anything bad about low-income jobs, but I do want to point out something. It’s hard to ask but, if there are so many people who have low-income jobs, then if automation were to take care of all the work, then how will these people be able to make money?

I have had many issues deciding what career path I want to take in my life and to be really honest, automation is a huge reason why. It does scare me to know that in less than a couple decades, I’m going to be seeing a change in a way that will hurt my occupation choices possibly.