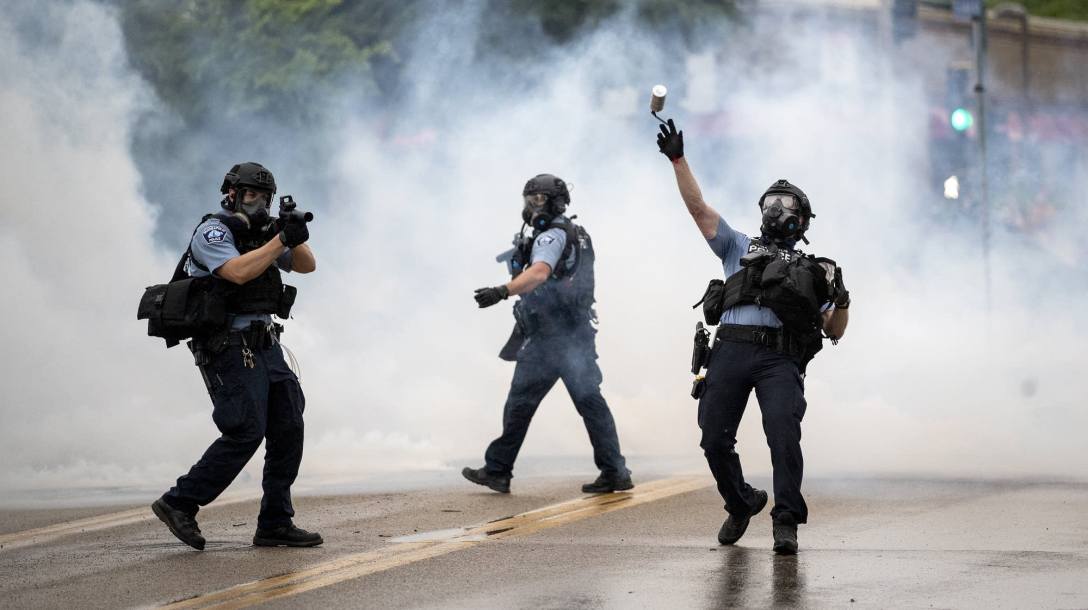 Just last night, I watched a horrific scene caught on camera: during one of many #BlackLivesMatter protests across the country, in New York, the NYPD is seen aggressively ramming through a crowd of civilians, injuring, if not killing many. This behavior is both aggravating and disgusting to watch, but what makes the situation even more upsetting is the fact that these individuals, the police force, are directly funded by the taxes we pay, yet we are the victims of their abuse.

How can a government-operated force, funded from our pockets, point their guns at us; shoot us with rubber bullets; pepper spray us; throw tear gas at us; drive their vans directly through us; shove us onto the streets; smack us with their wooden batons; and most importantly, arrest us for following the first amendment, the freedom of speech? It’s ridiculous how a couple of passionate words can compensate for the police force’s decision to brutally attack us. How is this justified, and how is this justice?

They claim that we are being too aggressive with our protest, but look at us and look at them. Who’s the one protected with layers of bulletproof material, armed with weapons, and equipped with dangerous explosives? And, who’s the one bare-handed with nothing but a loud voice and a temper to listen to?

Yes, the protests have increasingly become more violent. Yes, stores are being looted and set on fire. But, we have to remember that this upgrade in extremity is a consequence of decades and decades of failed non-violence protest by the black community. Imagine peacefully calling for justice for thirty years to get the news that your son, grandson, or father was shot dead. Wouldn’t that enrage you?

If the violence of these riots is still aggravating you, I suggest that you check your privilege. Also, ponder on this for a minute or two:

While we preach for justice for our black brothers and sisters, we must also consider reframing the current criminal justice system, first, starting with our local police forces.  We need to reexamine the values of our police officers and what they, as a public-protection organization, should stand for. We need to review their abuse of power, perpetuating new laws and guidelines to prevent further cases of police brutality.

We need to reevaluate their commitment to justice.

To make a change and participate in this fight requires your engagement. Here, I have linked two petitions that address the problem of police brutality and seek criminal justice reform as well. (there are so many more on the change.org website, please seek them out if you are interested: https://www.change.org/

Please take the time to join the fight for a better, more united America.